Perhaps you’ve heard or read about this news for so long but just can’t believe it – that high cholesterol, contrary to popular, long-standing belief, does not only have NO CONNECTION to heart disease but also is a good thing for one’s health?

Yes, there were rumors already in the medical industry about people with high cholesterol having longer lives. In fact, Pacific islanders some 100 years ago ate only coconuts, drink only coconut juice, and ate fish. They had strong constitutions, better teeth, ability to ride a banca (outrigger boat in Tagalog) and undertake long voyages in the Pacific. And they had lots of vitamin D too from sunlight. What more could you ask for?

So the Japan study shows that people of all ages with high cholesterol live longer than those with lower cholesterol. Quoting the study: 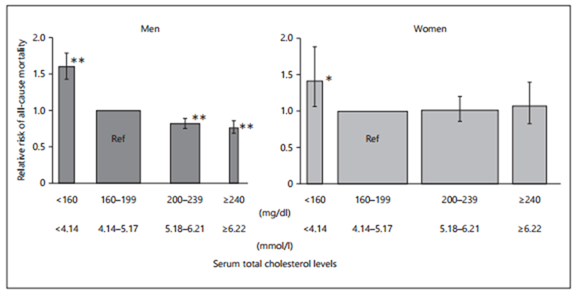 Note to chart above: All-cause mortality rates in relation to cholesterol – men on the left, women on the right.

Current government guidelines now peg cholesterol at 200 mg/dl or lower, yet from the results of the Japan study, higher levels of cholesterol registered the lowest death rate.

This phenomenon of “higher cholesterol, lower death rates” is also reflective of the global trend in other countries. In the Netherlands, the same can be said for elderly people aged 85 and older. The average cholesterol level is 252 mg/dl, supposedly the highest, but had the lowest death rates. 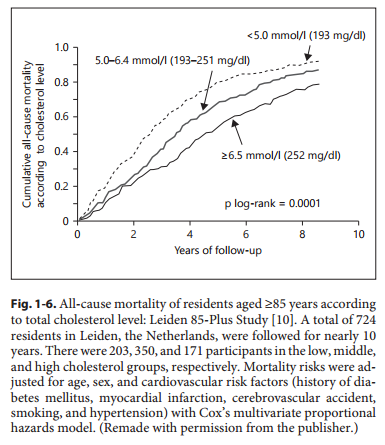 The same trend seems to reflect of the elderly in Finland. The individuals with cholesterol greater than 232 mg/dl had the lowest death rates. 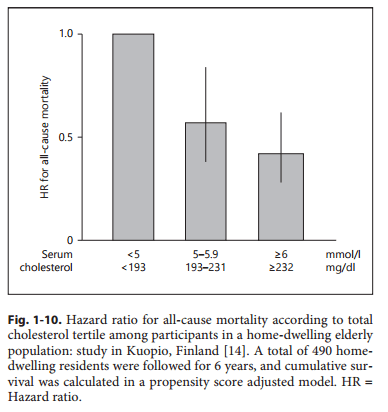 A relatively recent review in the famous medical journal BMJ regarding LDL cholesterol showed that high LDL-C is inversely proportional to mortality in most people over 60 years. Those with high cholesterol seemed to have the lowest mortality rate.

On the other hand, the Honolulu Heart Program was one of the first studies to establish the inverse relationship between total cholesterol and death rates. It found that raising cholesterol in an individual is protective and thus leads to a lower death rate.

Where to find Good Food for Better Cholesterol

Eggs (organic), Fish with Omega-3 fatty acids (caught in the open sea with scales please), coconut oil (unfiltered) – these “good saturated fats” could help give you good cholesterol. Once you eat these good cholesterol foods on a regular basis, you don’t have to consume those statin drugs anymore.

Why not add your voice to the ongoing debate on whether high cholesterol makes your life longer? Share your knowledge in the comments below!